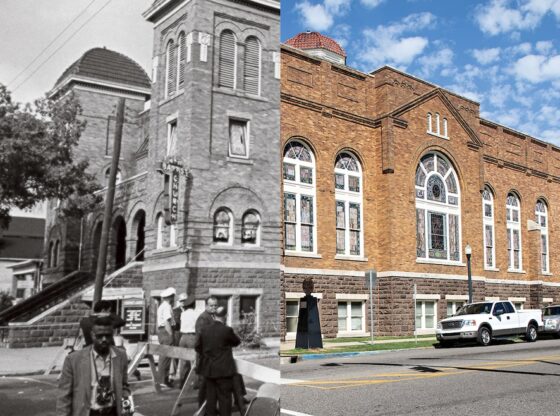 The Heart of Dixie played a significant role in America’s history, most notably during the Civil Rights Movement.

It is just important today as it looks upon the best to help better inform the future.

If you find yourself looking at Birmingham homes for sale or Montgomery apartments to rent, check out all these historical cities have to offer.

This city was pivotal during the Civil Rights Movement of the 1950s and 60s.

In 1963 the 16th Street Baptist Church was the site of a Klu Klux Klan bombing where four young girls were killed. The church operates to this day and is a powerful historical site that sits across from the Birmingham Civil Rights Institute.

The Institute walks visitors through the city’s history in relation to civil rights, most famously displaying the jail cell that Dr. Martin Luther King Jr. was held in when he wrote “Letter from a Birmingham Jail” in 1963.

The Carver Theatre was where black residents could see shows during times of segregation, and it is now the home of the Alabama Jazz Hall of Fame.

The Theatre is part of the Fourth Avenue Historic District, where you can explore architecture and businesses that preserve the history of that tumultuous time in the south.

There’s also the Negro Southern League Baseball Museum, Alabama Sports Museum, and Sloss Furnace, a National Historic Landmark that was once one of the largest industrial manufacturers in the world at the end of the nineteenth century.

Selma’s historical contributions go back to the Civil War, when the city became a major center of manufacturing Confederate war materials. Its location on the Alabama River and connection to other key areas of the Confederacy by rail made it an important location.

The Selma Movement was an integral part of the fight for civil rights, when 600 marchers took to the Edmund Pettus Bridge in 1965 only to be attacked by police brandishing billy clubs and tear gas.

Martin Luther King led a similar march only two days later and two weeks after more marchers crossed the bridge under protection of the National Guard.

The Live Oak Cemetery is listed on the National Register of Historic Places, a resting place founded in 1829 that’s under the shadows of numerous large oaks and magnolia trees.

Alabama’s capital city is home to the granite Civil Rights Memorial and center that commemorates the movement.

You can visit the Dexter King Avenue Baptist Church, where Martin Luther King spoke. The Selma to Montgomery National Historic Trail marks the route marchers took in 1965 to demand their right to vote from the state’s governor.

This is also where Rosa Parks refused to give up her bus seat in 1955, sparking the Montgomery Bus Boycott.

Montgomery has historical importance way before the Civil Rights Movement came into play in history. The capitol building was the first capital of the Confederacy and served as such until 1861.

In 1886 the city became the first to install an all-electric mass transit system, known as the Lightning Line.

Things to Know Before Plumbing Installation
What is Good About Pre-Owned Cubicles?

No comments to show.